China: Police clashes with protesters demanding their life savings back. 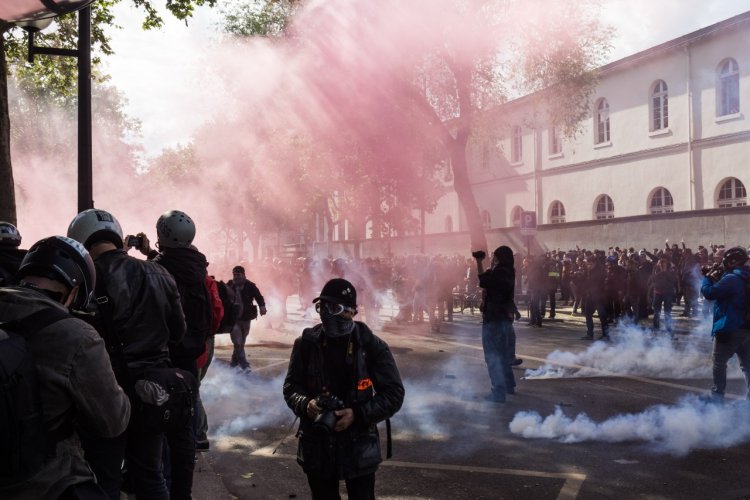 In an economy already struggling with the Chinese draconian zero covid-19 policy, since April, four rural banks in the central Henan province have frozen millions of dollars worth of deposits, affecting the livelihoods of hundreds of thousands of customers.

On Sunday, July 10th, a huge crowd of more than a thousand protesters gathered in front of the Zhengzhou sub-branch of the People’s Bank of China, attempting to recover their frozen savings. The demonstration was among the largest China has seen since the pandemic; in the previous month, Zhengzhou authorities even resorted to the country's digital Covid health-code system in order to restrict the movements of depositors and get in the way of their planned protest, sparking a nationwide outcry. This time, to avoid being intercepted by authorities, people arrived outside the bank during the night and started shouting in unison “Henan banks, return my savings” while waving a Chinese flag: using national flags to show patriotism is, in fact, a common strategy for protesters in China, they do so to display that their grievances are only against local governments, while they still support the central government and rely on it to seek redress.

However, since the early morning, police vehicles with flashing lights can be seen in videos: according to some witnesses, police closed off the street and by 8 a.m. had started massing on the other side. Apart from uniformed police, there were also men in plain t-shirts, the police announced to the protesters from a vehicle with a megaphone that they were an illegal assembly and would be detained and fined if they didn’t leave and, around 10 a.m., the men in t-shirts rushed the crowd and dispersed them. According to the reporters, several security officers clashed with protesters, dragged them down the stairs and beat those who resisted by throwing bottles or small objects at them. Also, elderly people and women were beaten: one woman told CNN she was pushed to the ground by two security guards, who twisted and injured her arm.

The chaos and sudden burst of violence by security forces were filmed and shared on social media, several protesters declared that there was no warning before the use of force. Moreover, the protesters were hurled onto some buses and sent to detention sites across the city, including hotels, schools and factories. Some injured were escorted to hospitals and many were released from detention by the late afternoon.

Later on that night, the Henan banking regulator issued a statement, disclosing that "relevant departments" were speeding up efforts to verify information on customer funds at the four rural banks.

The Guardian, Protest in China over frozen bank accounts ends in violence, 12 July 2022, from https://www.theguardian.com/world/2022/jul/11/china-violent-clashes-at-protest-over-frozen-rural-bank-accounts

Winter Paralympics : A juxtaposition to the reality of...

Beginning of an end? Doctors Without Borders withdraw from...