China plans to relocate tens of thousands of TAR Tibetans by August 11, over 130,000 relocations in eight years 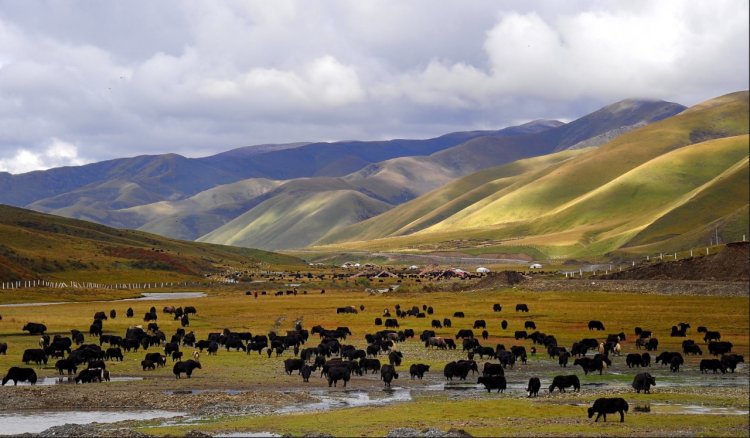 On the morning of July 19, more than 300 residents of Tsonyi (Chinese: Shuanghu) – the world’s highest county located in the northern part of the Tibet Autonomous Region (TAR) – were relocated to their new homes 1,000 km southward as part of Chinese government plan to protect the fragile local ecosystem and improve people’s living conditions. By August 11, China plans to transfer 26,300 TAR Tibetans living in the area with a goal of relocating over 130,000 in the following eight years.

As stated in a report by China Daily, the 300 residents left their hometown in the county’s Doima Township at around 7:40 am to move to their new homes in Singpori. In 2019, the first group of 2,900 residents from Tsonyi were moved to Singpori, approximately at an altitude of 3,600 metres, located some 10 km from the airport in the regional capital Lhasa.

Tsonyi County, with an average altitude of over 5,000 metres, occupies a total area of 120,000 square km and is part of China’s biggest and highest nature reserve, namely the Changtang National Nature Reserve. Because of the high altitude and harsh environment, the county is not suitable for human habitation, according to the reasoning provided by the Chinese government to justify the relocation. The area has historically been occupied by Tibetan nomads and herders who, looking for pasture for their livestock, back in the 1970s, drove cattle and sheep to this region.

Relocation programs as such have been long criticised by outside human rights defenders for their coercive nature and pauperizing once proud, economically subsistent Tibetan nomads and farmers, particularly also in areas of the Chinese province of Qinghai. These policies tend to leave them depending on state largess with a feeling of socio-economic disorientation.

These resettlement campaigns to resettle Tibetan herders have often been carried out without consultation or adequate compensation. Additionally, these communities tend to be subjected to significant risks of impoverishment as, with the move, they have lost the traditional ways to earn their living. These plans have also been closely linked with larger goals of the Chinese government: developing the economy, intensifying the exploitation of the Tibetan plateau’s natural resources, and ensuring political control over an ethnic minority in a region where the legitimacy of Chinese rule persists being highly contested.

According to international human rights legal standards, the right to property and security of tenure is widely acknowledged. The Universal Declaration of Human Rights declared that “[e]veryone has the right to own property alone as well as in association with others”, and that “[n]o one shall be arbitrarily deprived of his property”.

Human Rights Watch (2013, June 27). “They Say We Should Be Grateful” Mass Rehousing and Relocation Programs in Tibetan Areas of China. https://www.hrw.org/report/2013/06/27/they-say-we-should-be-grateful/mass-rehousing-and-relocation-programs-tibetan#399.

Amnesty International: The massive laying of anti-personnel landmines in and around...

GHRD Interview with Brazilian expert about the Inter-American...

About half of Nepal’s voters will not be able to cast their...