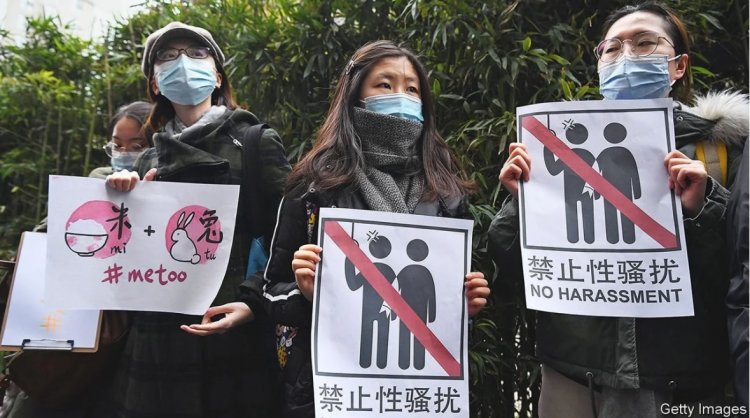 Amid multiple high-profile cases of sexual assault and domestic violence, as well as the growing presence of the #MeToo campaign in the country, the Chinese government is currently developing regulations to prevent sexual harassment and gender-based discrimination. On Monday, 20 December, the proposal was put forward for discussion to the central lawmaking body. In the document, there has been developed a list of actions that would be legally defined as sexual harassment. Among them are: “[…] comments with sexual connotations, inappropriate bodily behavior, sexually explicit images, or suggestions of benefits in exchange for sex towards women without her consent”. Moreover, it would also become illegal for employers to dismiss a woman or cut down her wage for being pregnant, taking parental leave, or marrying someone.

The revision of the proposal and discussions will take place in the nearest future under the supervision of the standing committee of the National People’s Congress. The actual date of the implementation of the new law is still unknown.

The upcoming positive changes in women’s rights in China might have been provoked by the last year’s well-known cases of the tennis star Peng Shuai, an Alibaba employee who was fired after making a sexual assault allegation, as well as Zhou Xiaoxuan, a former intern who made it to the court with a case against her superior – a famous TV-host. Those cases shed some light on the unfair treatment of women in the workplace and triggered concern among the public.

Unresolved Problem of Domestic Violence in China: The Case...

Women between motherhood and career in Italy: Fashion designer...