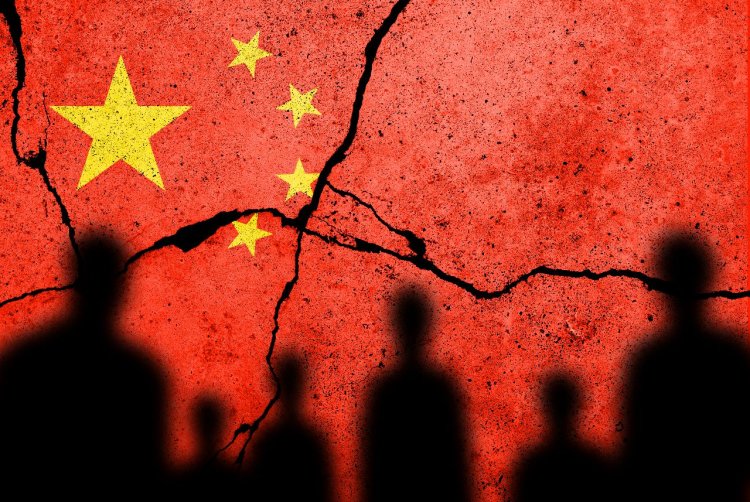 Last week, the Uyghur Human Rights Project (UHRP) [1] released a report in which it analysed Chinese state media, government sectioned stories, and personal accounts that detailed the systematic imposition of forced interethnic marriages on Uyghur women by the Chinese government. According to the report, “the Chinese Party-State is actively involved in carrying out a campaign of forcefully assimilating Uyghurs into Han Chinese society by means of mixed marriages” (Worden et al., 2022).

Figures clearly show that since 2018 there has been a significant increase in interethnic marriages between Uyghur women and Han men in East Turkistan (Worden et al., 2022). While the Chinese government claims that this change has come about because of “government ‘de-extremification work’ promoting ethnic ‘exchange and integration’” the report by UHRP argues that the government’s work is extensively based on incentivisation and coercion techniques. Examples of such techniques include the following:

The report argues that the forced marriages violate international human rights law, in particular the Universal Declaration of Human Rights, the Convention on the Elimination of all forms of Discrimination against Women [2], and the Trafficking Protocol [3] (Worden et al., 2022). It should also be noted that rape will violate the right to the highest attainable standard of health guaranteed by Article 12 of the of the International Covenant on Economic, Social and Cultural Rights [4], which includes the right to sexual freedom (CESCR, General Comment No. 14, para. 8). The report further highlights how interethnic marriage can be linked with modern forms of slavery and human trafficking. Finally, it concludes that the inter-ethnic forced marriages constitute crimes against humanity and genocide (Worden et al., 2022). According to UHRP the “government policies incentivizing and coercing intermarriage and other gender based-abuse only further the ongoing genocide and crimes against humanity being committed in East Turkistan” (Worden et al., 2022).

The report comes at a significant point in time. Only a few months ago the UN Office of the High Commissioner for Human Rights released its own report in which it considered that the treatment of Uyghurs and other predominantly Muslim minorities in Xinjiang “may constitute international crimes, in particular crimes against humanity” (OHCHR, para. 148). Moreover, only a few weeks ago, fifty United Nations member states issued a joint statement at the UN General Assembly this October denouncing China for its human rights violations in Xinjiang (Statement by Bob Rae on behalf of Canada, 2022).

[1] The UHRP is an independent non-profit organization committed to promoting the rights of the Uyghurs and other Turkic Muslim peoples in East Turkistan/Xinjiang Uyghur Autonomous Region.

UN Experts Express Their Concern Over Disappearance of...