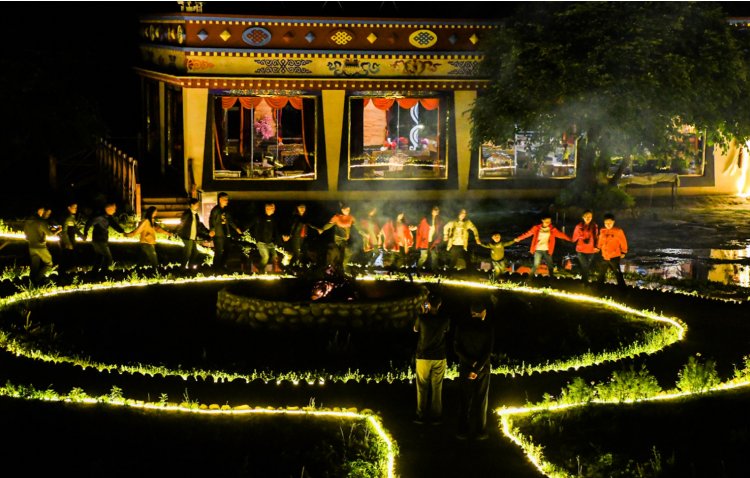 Chinese authorities have detained five Tibetan men on the 14th of October 2022 for performing a song about the Dalai Lama. They performed the song on the video sharing platform Kuaishou during a musical context. An excerpt from the censored song reads “Noble Lama was born in Tibet / Performed virtuous deeds in foreign lands / Loving and compassionate Lama / Pray for his swift return”.

Immediately after the online contest was shut down, a voice from the live streaming service asked “who are you guys?” It is suspected that the voice belonged to one of the human censors hired from the platform. Kuaishou is allegedly planning on hiring 3000 censors to ensure users do not violate Chinese government regulations.

The singer, Derab, was detained while the other four detained men remain unidentified. The unidentified four were released after extensive questioning, while Derab remains in detention.

Derab has been banned from taking part in any other contests and was coerced into signing a pledge that he would refrain from performing in any other festival or gathering.

These practices by the Chinese authorities are seen to violate international human rights law.

Article 3 of the Universal Declaration of Human Rights (UDHR) states that all individuals have the right to life, liberty and security of person. This right ensures that no one shall be subjected to arbitrary detention and arrest. In this regard, the detention of the five men for performing a song on a social media platform violates article 3 of the UDHR.

Article 1 of the International Covenant on Economic, Social and Cultural Rights (ICESCR) adds on to that right, stating that people are free in the ways in which they pursue their social and cultural development. The expression and means to such development are left to the choice of the individual in question, and the pursuit shall be enjoyed without government interference. In this regard, singing a song devoted to the Dalai Lama allows for the five men to freely express their devotion to their faith, allowing their social and cultural development through expressing their faith.

In their regard, China is seen to violate articles 3 and 18 of the UDHR and article 1 of the ICESCR in its arbitrary detention of the five musicians.

Children Malnutrition in Somalia: Effective and Rapid Action is Crucial to Avoid...

Environmental lawsuit about corporate responsibility for...