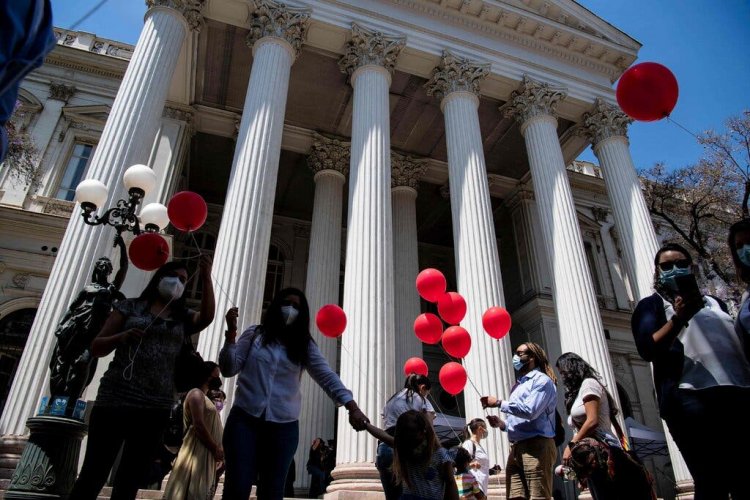 The 7th December 2021 is a landmark day for same-sex couples in Chile. The country is, as of now, the 31st country at a global level to adopt same-sex marriage. By a large margin, the Senate approved the bill, and the lower Chamber of Deputies, with 82 votes to 20, legalized same-sex marriage.

The newly approved bill nullifies the discriminatory legal provisions that existed in the country against same-sex couples regarding filiation, joint adoption, and assisted human reproduction techniques, among other issues. Besides, the law excludes the requirement for married transgender people to get a divorce in order for their gender to be legally recognized.

This recognition of LGBT rights in Chile is the result of years of sustained advocacy by Chilean activists. In 2012, the Inter-American Court of Human Rights (IACtHR) concluded Chile had violated the rights of a mother who lost custody of her children for living with them and her same-sex partner. It was an unprecedented case that the regional tribunal determined the IACHR does not allow sex or gender discrimination. The sentence required Chile to recognize the parental rights of the mother and the children's right not to suffer discrimination based on the sexual orientation and gender identity of their parents.

Through a civil union law in 2015, progress was made to protect family diversity. The law allowed same-sex couples and heterosexual couples to celebrate civil unions, but it did not establish equity of rights, for example, regarding filiantion and adoption rights. In 2017, the former president Michelle Bachelet presented a bill on equal marriage before the Chilean Congress after having signed a friendly settlement with activists who asked the IACHR to demand that Chile ensure equal marriage.

After four years of political negotiations in Congress, today that body approved a modified version of Bachelet's project, which is expected to be endorsed by President Sebastián Piñera.

In the religious context, Chile is in the context of the region. Chile joins Argentina, Brazil, Colombia, Costa Rica, Ecuador and Uruguay as countries that provide access to marriage for same-sex couples. In Mexico, 24 states have recognized equal marriage, while in the other 8 states same-sex couples can marry, but must first obtain legal protection.

By adopting this law, Chile manages to adapt its legislation to the historical opinion issued in 2017 by the Inter-American Court, in which it established that every right applicable to family relationships of heterosexual couples must also be extended to same-sex couples. All States party to the American Convention should follow Chile's example.

Man Gets Capital Punishment for Assaulting and Killing Girl