Catholic Women Urge the Vatican to Deliver on Human Rights Commitment by Signing the ECHR. 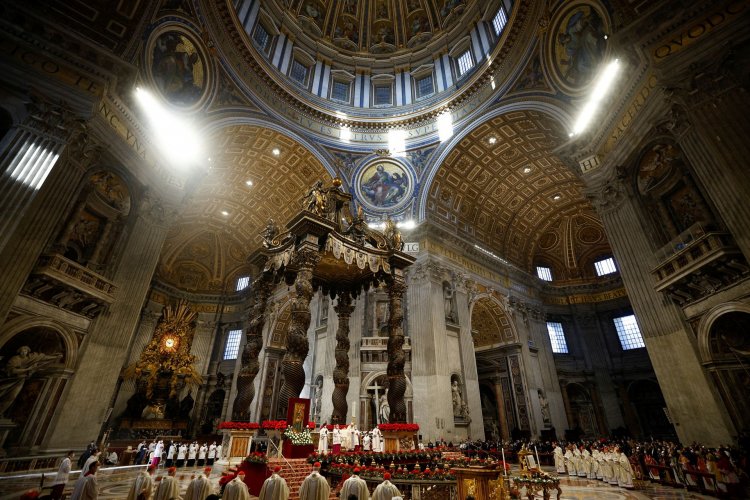 Pope Francis celebrates Mass to mark the World Day of Peace in St. Peter's Basilica at the Vatican. 01/01/2022 (REUTERS/Guglielmo Mangiapane)

A number of Women’s Rights groups have called on the Vatican to join the Council of Europe and to sign the European Convention on Human Rights (ECHR). The groups have stated that the Vatican presents itself as a firm promotor and protector of human rights and now is the time to deliver on these words by signing the ECHR.

On 10 December 2021, Human Rights Day, the Catholic Women’s Coalition, which is a global umbrella organisation of Catholic networks working for the full recognition of the dignity and equality of women in the Church, created a petition calling on the Vatican to act, stating “for years, the Holy See has acted like a state in its own right. This gives rise to rights, but also to duties.” [3] The women's groups that participated in the petition come from all over the world and include Catholic Women Speak in Britain; We Are Church in Ireland, Germany and Austria; Women for the Church in Italy; Voices of Faith in Rome and Liechtenstein, as well as similar progressive Catholic groups in Spain, France, Croatia and Switzerland.

The Vatican has observer status at the United Nations and the Council of Europe, and has ratified a host of U.N. and Council of Europe conventions. However, the European Convention on Human Rights, which to date has been ratified by 47 European states, is not one of these.

The ECHR guarantees respect for human rights, including the right to life, liberty, security, freedom of expression, assembly and religion. It prohibits torture, slavery, forced labor and discrimination based on race, religion, gender or political beliefs. Perhaps most importantly, the convention provides recourse to the European Court of Human Rights for ultimate appeals after national appeals are exhausted. Currently, citizens of the Holy See do not have access to these mechanisms as the Vatican has not signed the ECHR. The Holy See can be seen to avail of Jurisdictional Immunity in serious human rights violations due to not having ratified the ECHR [2], therefore it is paramount that the Vatican sign the ECHR so that citizens, both nationally and internationally, have proper recourse to justice and perpetrators of grave human rights abuse are held to account in a court of law.

The Pope frequently lectures European leaders on protecting human rights and human dignity. Most notably on 1 January 2022, the Pope called for an end to violence against women in his New Years address, calling the act an insult to God. [4] The Pope must follow through on his teachings by signing the ECHR in order to protect and promote women's rights and human rights.