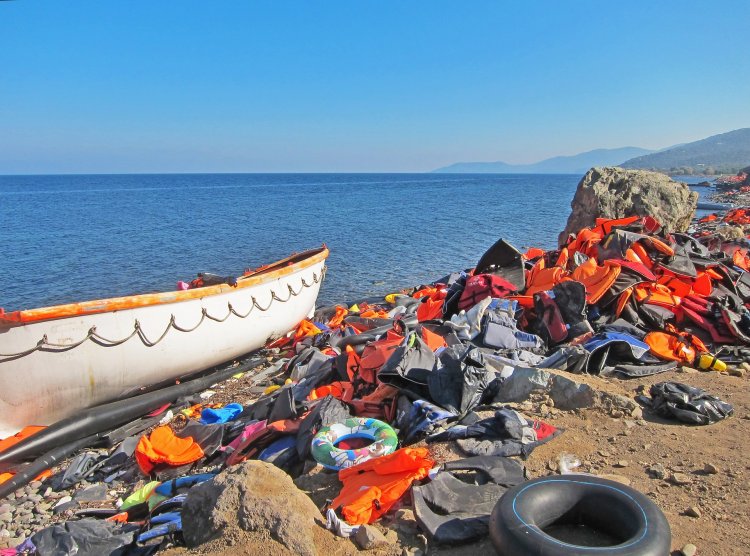 Photo by Jim Black via Pixabay

While some ended 2022 and celebrated the beginning of 2023 with family and friends in the comforts of their home or at parties, others embarked on a treacherous sea journey to a better future. Shortly after midnight on Friday, a boat carrying more than 230 Lebanese, Syrian, and Palestinian men, women, and children departed northern Lebanon en route to Europe. Their boat capsized and two refugees, reportedly a Syrian woman and child, lost their lives, while 232 others were rescued. [1]

This was not the first and will likely not be the last such incident. In April 2022, a boat carrying about 84 passengers sank. Around 48 were rescued, 6-7 are confirmed dead, and the others remain missing. Survivors reported that in an attempt to prevent them from ‘illegally’ leaving Lebanon, a Lebanese navy boat rammed their boat until the hull cracked, and the sinking began; while Lebanese authorities blamed the sinking on overcrowding. [2] The captain of an Indian submarine mission investigating the incident said that they found the boat intact, but there were signs of damage on its front. Before releasing an official report, the mission abruptly left without notice. [3] Another submarine mission by Australia-based NGO AusRelief attempted to pull some corpses aboard but due to the advanced stages of decomposition, the bodies would disintegrate as if they were sand. They said there were no signs of damage on the boat. They also ceased further investigative efforts and attempts to recover the boat because the Lebanese military told them to do so for ‘security reasons.’ The families’ lawyers are pressuring the mission to release high definition footage of the scene because the Lebanese army have only released very low quality images. [4]

In September 2022, one of the deadliest boat disasters in the Eastern Mediterranean occurred. A boat carrying between 120 and 150 passengers, which departed from northern Lebanon, capsized off the coast of Tartus, Syria. Around 20 survived, but the number of dead vis-à-vis missing officially remains undetermined, with some sources citing up to 102 deceased. [5] Lebanese authorities have since arrested a man suspected to have planned this illegal smuggling. [6]

International organizations such as the United Nations (UN) and International Organization for Migration (IOM) are appalled by the circumstances that allowed such incidents to occur. The UNICEF’s statement reads, “Yesterday’s tragedy, and those that have come before it, are harsh reminders that collective action is urgently needed to stop families dying at sea.” [7] “We must do more to offer a better future and address a sense of hopelessness in Lebanon and across the region,” said Commissioner-General Philippe Lazzarini of UNRWA. IOM Director General António Vitorino said, “We must work together to increase safe and legal pathways to regular migration to help reduce loss of life and protect vulnerable people on the move.” [8]

The economic situation in Lebanon is dire and according to the World Bank it is one of the most severe global crises and Lebanon’s worst since the 1850s. [9] The living situation is drastically declining, the Lebanese Lira (L.L.) continues to depreciate on a daily basis (beginning of 2019, $1 = 1,500 L.L. and today, $1 = 42,000 L.L.), [10] resulting in families’ inability to secure basic needs. [11] Lebanese and Syrians and Palestinians, who are already refugees in Lebanon, have to choose between life and death, of which life is not even guaranteed based on the grim odds at sea. But despite knowing these odds, they see no other way than to sell all their belongings and pay smugglers thousands of dollars to fund the journey to Europe in search for a better life for themselves and their children. [12] Additionally, if they do not succeed in their journey to Europe and make it back to Lebanon or Syria alive, they may be arrested for attempting to leave the country illegally or for other reasons, such as evading mandatory Syrian military service. [13] Despite all this, the UNHCR says sea migration attempts from Lebanon have surged by 73% over the past year. [14]

New Year, New Me? The international community now more than ever has the chance to reinvent itself, take action, and pressure failed states, such as Lebanon, to move forward and ensure the basic needs of their citizens and residents are secured to prevent more deaths at sea because one life lost is one too many.

Rohingya Jailed Whilst Attempting to Travel

New Migration Decree in Italy Likely to Hinder Search and...