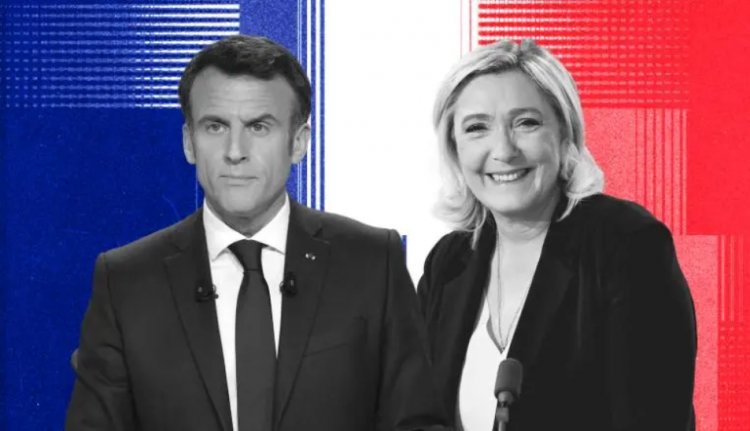 Photo Source: “Emmanuel Macron and Marine Le Pen will face each other in a runoff presidential election on Sunday, April 24 -- a rematch of the 2017 vote.” by CNN News, 2022.

The first round of the French presidential election took place on April 10, 2022, to elect the future leader of France after 5 years of the presidency of Emmanuel Macron, but after the results, the country is reliving the 2017 election as Marine Le Pen and Emmanuel Macron face off for the second time. As it has been 20 years since a French president was re-elected, the attention of the world has been drawn to the political race that will conclude on Sunday.

While the pressure on the current president and re-candidate Macron is much greater this time, French women are expressing their utmost concern about Marine Le Pen's political stance on women, even though she has recently made promises, such as “standing in the way of anyone who threatens women," to win the women's vote against her biggest rival, Macron.

Osez le féminisme, a French feminist organisation, analyzed each candidate's political program to see what was at stake for women's rights. The organisation's spokesperson, Fabienne El-Khoury, described Marine Le Pen's program as “misogynistic." Ms El-Khoury also said, "she has no concrete proposals for tackling violence against women, nor for addressing wage inequality. She only talks about women’s rights from a racist perspective, when she uses them to attack foreigners."

But why is Marine Le Pen a threat to women's rights? And why do French women say that “voting for Marine Le Pen is not an option for women”? There are several reasons. In 2011, the far-right candidate said she wanted to "de-reimburse" abortion, which is currently fully reimbursed. And before the historic change in the legal abortion period from 12 to 14 weeks in France in February 2022, she also strongly opposed the extension.

Furthermore, as history repeats itself in France, it is also important to point out that in her 2017 political manifesto, Marine Le Pen “develops 144 proposals in a 24-page long document. The word “women” appears only twice.“ So she may have disguised herself as a "feminist" out of political ambitions, but women are very aware of her fake feminism.