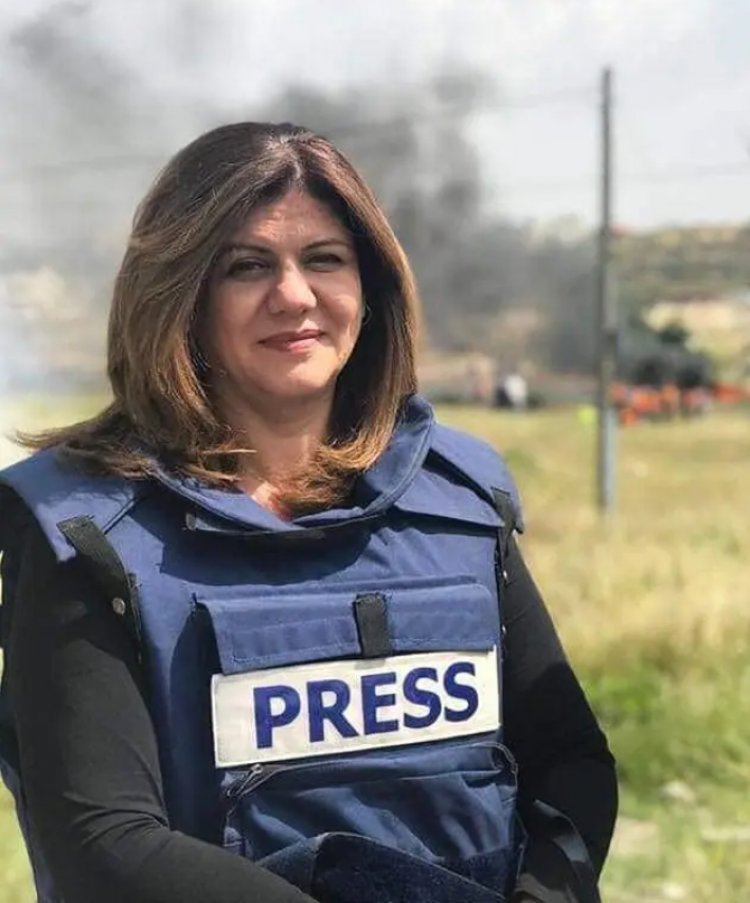 Shireen Abu Akleh, 51-year-old veteran Al Jazeera journalist, was shot and killed by a single bullet to the head while covering a raid by Israeli forces in the occupied West Bank city of Jenin on May 11, 2022. The second Palestinian journalist, Al Jazeera producer Ali Samoudi, was also shot in the back and hospitalised after the clash between the Israeli military and Palestinian gunmen.

But what happened on the ground during this short time? Shireen Abu Akleh and Ali Samoudi went to a refugee camp in Jenin on Wednesday morning to film and report on a raid the Israeli military claimed to have conducted to apprehend “terrorist suspects”. As they were getting ready to do their job as journalists, Mr. Samoudi said that “suddenly they shot us without asking us to leave or stop filming”. Both journalists were wearing helmets and vests, clearly marked and showing the “press” sign. Thereafter, the first bullet hit Ali Samoudi and the second bullet hit Shireen abu Akleh, which ended up killing her later.

The Palestinian-American journalist, who was seen as the face and voice of war and peace in the Arab region, has been admired and followed by many viewers throughout her career. The news of her being killed in a clash broke out in the media around the world and led to a question that everyone wants to clarify, who killed Shireen Abu Akleh?

In a statement, the Qatar-based network, Al Jazeera, said: “Shireen Abu Akleh was shot ‘deliberately’ and ‘in cold blood’ by Israeli troops in Jenin” (BBC, 2022). And added, “she had been clearly wearing a press jacket that identifies her as a journalist” (Hendrix S., Taha S., Rubin S., 2022).

The Washington Post also revealed that “five witnesses interviewed by The Post at the scene said the fighting between Israelis and Palestinians had occurred hundreds of yards from where the journalists came to be gathered and had ended well before two of them were shot”.

Shatha Hanaysha, a journalist for Quds News Network who witnessed the incident, added: “Even after she fell to the ground the fire did not stop and none of us were able to reach her” (McKernan B., 2022).

On the other side, the Israili prime minister, Naftali Benet, made a statement saying “according to the information we have gathered, it appears likely that armed Palestinians - who were firing indiscriminately at the time - were responsible for the unfortunate death of the journalist” (BBC, 2022). He also said later on, “...without a serious investigation, we will not reach the truth...” (Hendrix S., Taha S., Rubin S., 2022).

Moreover, “Israeli human rights group B'Tselem later said its researchers in Jenin had concluded that the Palestinian gunfire seen in the video, tweeted by Israel's foreign ministry and the Israeli military, could not possibly have been the gunfire that hit Abu Aqla and Samoudi” (BBC, 2022).

In the international scene, the U.N. Human Rights office urged an “independent, transparent investigation into her killing” (AP, 2022). US Congresswoman Rashida Tlaib, and several US lawmakers have also condemned the killing of the Palestinian-American Journalist Ms Akleh and called for a thorough probe into the incident. “Investigating attacks on independent media and prosecuting those responsible are of paramount importance” said Karine Jean-Pierre, deputy press secretary.

McKernan B. (2022, May 11). Al Jazeera accuses Israeli forces of killing journalist in West Bank. The Guardian. Retrieved May 12, 2022, from https://www.theguardian.com/world/2022/may/11/al-jazeera-journalist-killed-in-west-bank-unrest

Pakistan’s Minister for Human Rights promises that the government will address attacks...

Brazilian women negotiate with Bayer about the hazardous...