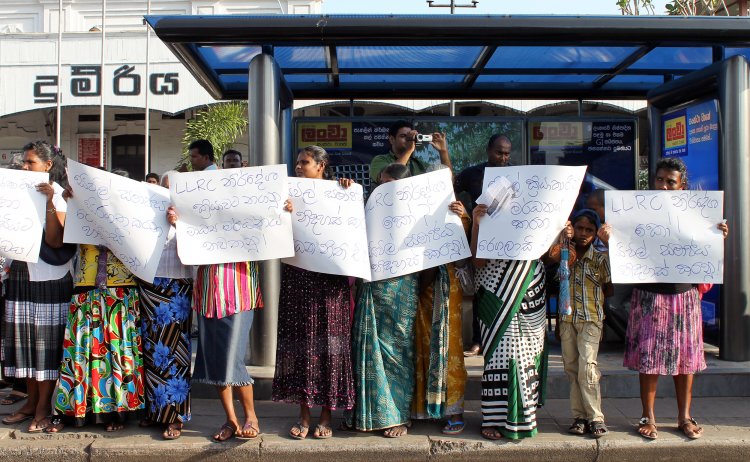 Sri Lankans staged numerous protests earlier this year over the economic crisis. Former President Gotabaya Rajapaksa fled the country and resigned after his residence was stormed by protesters in July (Mallawarachi, 2022). His successor, Ranil Wickremesinghe, ordered the evacuation of the presidential building, and several protesters were arrested under the PTA. Although opposition legislators and human rights activists have called for its abolition, the Act is still in place (Al Jazeera, 2022).

The PTA violates certain human rights standards, as it allows the use of confession obtained through torture (Mallawarachi, 2022). In the case of Mudalige and Siridhamma, the use of the PTA is excessive and violates their right of peaceful assembly and their freedom of expression. These are protected by the International Covenant on Civil and Political Rights (ICCPR), which Sri Lanka ratified in 1980 (UN Treaty Bodies, n.d). Article 19 of the ICCPR states: “Everyone shall have the right to freedom of expression”, which the student exercised by voicing opinions against the regime in place. Article 21 of the ICCPR says: “The right of peaceful assembly shall be recognised” (UN Human Rights, 1973). Sri Lankan authorities violated both of these rights by arresting protesters who organised against the regime and the economic crisis. Finally, this arrest made under the PTA also violates Article 9 of the ICCPR, which states that “No one shall be subjected to arbitrary arrest or detention” (UN Human Rights, 1973). Both protesters are still being detained past their sentence, and were not granted a fair trial (Amnesty International, 2022).

Sri Lanka also ratified both the Convention against Torture and Other Cruel Inhuman or Degrading Treatment or Punishment (CAT) in 1994, and the Optional Protocol of the Convention against Torture in 2017 (UN Treaty Bodies, n.d). The PTA explicitly violates both of these Conventions (The Diplomat, 2022). In light of this, the Sri Lankan government should amend this Act to abide by the international human rights treaties it has ratified.