29th Anniversary of the Martyr of the Guinean Transition 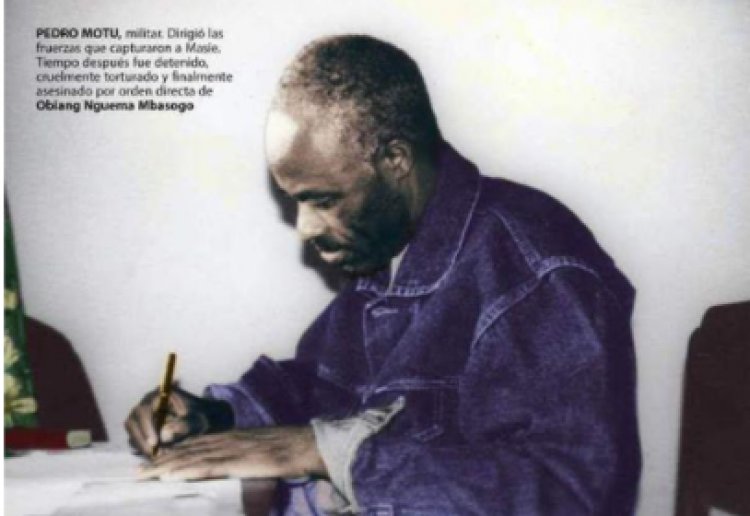 This month of September marks 29 years of the investigation into human rights violations in the form of arbitrary arrests and torture by the Obiang regime in 1992 by Special Rapporteur, Fernando Volio Jiménez. Torture perpetrated by the security forces of Equatorial Guinea on grounds of political motivation occurred on different occasions to six detainees accused of conspiring to kidnap and overthrow the dictator, Francisco Macías Nguerma, under the rebellion request of Pedro Motù Mamiaga Oyana. An ex-lieutenant of the armed forces, Pedro Motù, was subject to political persecution since 1979 and had been held 16 times in Malabo prison under inhumane conditions although never tried nor convicted. The other five detainees, whom were tortured while in confinement, ultimately died as the result of torture.
Due to the intervention of the Special Rapporteur, the amnesty law for political offense (Law No 2/92) was applied to Motú who was essentially labeled by the political parties comprising the Joint Opposition Platform as a martyr of the transitions in Equatorial Guinea for promoting political pluralism.

Although it may seem as an isolated incident, the dictator of Equatorial Guinea today, Teodoro Obiang Nguema Mbasogo, nephew of the previous dictator, still holds similar suppression – arbitrary arrest, kidnapping, systemic torture and life-threatening prison conditions – carried out with impunity by his security forces.

Commission on Human Rights, Report on the human rights situations in the Republic of Equatorial Guinea prepared by Mr. Alejandro Artucio, Special Rapporteur of the Commission, 1 January 1994, E/CN.4/1994/56. Available at: https://digitallibrary.un.org/record/181893?ln=en

Advancing the Right to Health Care of the Rosebud Sioux...

Oil giant Shell agrees to pay millionaire redress to a...

Angola devoted to the promotion of Peace in Africa